DevSecOps is the latest trend which is a practice that involves the introduction of security in the software development lifecycle. It works for application security and collaborates with the development and operational teams so that there is integrity in the software delivery cycle concerning security. Security is a shared responsibility of all the functional teams and thus everybody involved therein has to play an integral and important role in building a secure environment that amounts to continuous integration and continuous delivery workflow. DevOps is an approach to software development that is based on three main concepts that are organizational culture, process, tools, and technology. These are meant to collaborate and integrate the operational teams so that they develop, build, and release software in a faster manner. There is a slight difference between DevOps and DevSecOps. DevOps aims at the speedy delivery of apps, whereas DevSecOps combines speed with security in such a way that apps are delivered quickly and securely. It works with the main aim of developing a codebase that is not only fast but also secure. DevSecOps helps to maintain velocity without hindering the security whereas the sole aim of DevOps is maintaining the speed. Companies can change their workflow by implementing DevSecOps practices. Here, we shall discuss the best DevSecOps practices.

GET YOUR TEAM ON BOARD: At the initial stage, it may appear trivial but collaborating the working of all the teams can make a great difference in your initiative. Just the development teams are aware of the typical process of handing off newly formulated and released iterations to quality assurance teams. Such a monopoly of a single team puts the various teams of the company in a silo. The company should make efforts to end the silos and bring together various teams together in form of a group and hire group leaders to assist them and help them right from the initial stage where the development begins. The group members should collaborate and practice threat modeling. It is a concept that helps to identify the security threat that your company’s assets can probably face. After analyzing the threats, you can formulate control policies and safeguard your assets. You need to educate your teams that security is not an individual’s responsibility rather it is a shared responsibility.

EDUCATE YOUR DEVELOPERS: More or less, developers are mainly responsible for the quality of security code they generate. There may be present many security defaults and errors that are generally caused by various security vulnerabilities and issues. Companies usually tend to neglect their developers’ training which results in a poor security code. Training is meant to enhance and upgrade an individual’s skills, so companies should provide training and skill enhancement sessions to their developers so that the coding takes place without any hindrance and a secure code can be produced. When the quality of code so generated is good, even the security team can easily access it and in case of any vulnerability, it can be easily resolved. The development teams must bear in mind the various standards and ensure those are complied with so that no issues arise in the future.

VERIFY CODE DEPENDENCIES: The number of companies that develop their code all in-house is very few. It is a fact that each app would be built on a large amount of third-party, open-source code. The third-party components and source codes involve many risks and instead of developing some software from scratch, companies dare to take the risk. Due to the pressures imposed by the customers and their demands, developers hardly get the time and opportunity to review the code. The main methodology involved in DevSecOps is testing that tests the third-party components and tries to locate weaknesses in the code and resolve them well in time. Third-party components and codes generally tend to have some vulnerability. So, the company must ensure that there are no known errors or vulnerabilities and in case they occur, the company can easily resolve them so that there is no lagging in the creation process.

SIMPLIFY YOUR CODE: A simpler code is not easy to analyze but also fix. Developers will find the code easier to read while debugging when it is easier to read. Moreover, simpler code amounts to fewer security issues and even the security teams will be easily able to analyze the simple form of code more efficiently as the issues may be identified and resolved sooner. On a whole, it would reduce the chances of defaults and vulnerabilities.

SECURITY AS CODE: It is the concept of inclusion of security best practices into the DevOps practices that already exist. It is a static analysis of code. It focuses on testing only that part of the code that has changed rather than analyzing the whole of the base code. A good management change process must be introduced so that all the team members can actively participate and make suggestions as well as implementations regarding the changes and enhancements. This kind of process aids the security teams to handle security-related issues without any hindrance in the development cycle.

PUT YOUR APPLICATION THROUGH SECURITY CHECKS: You must make your application go through regular security checks. The testing should be rigorous to prevent denial of service attacks. Organizations are facing an uptrend in the number of malicious attacks. So, you should make sure that you test your app regularly so that you can safeguard yourself from facing different scenarios.

DevSecOps is although a new trend but has gained much momentum in recent times due to various reasons such as the high cost of correction of security issues and secured debt.DevSecOps require the development and operation teams to do something more than just collaborate. This article contains and highlights some of the best DevSecOps that will help your company to transition from DevOps to DevSecOps approach. So, now is the time for the companies to shift their focus from DevOps to DevSecOps.

Tags: DevSecOps BEST PRACTICES, EDUCATE YOUR DEVELOPERS, GET YOUR TEAM ON BOARD The food processor is an excellent investment for any commercial kitchen, regardless of how big or small it is, including grab-and-go eateries and enormous sandwich shops. Finding space-efficient and effective 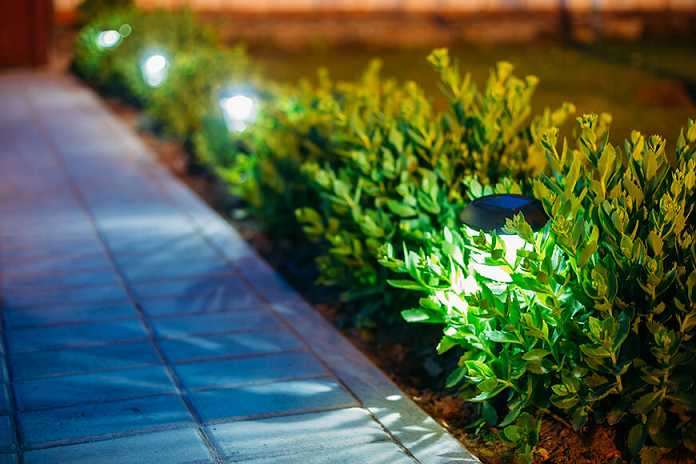 With more people turning eco-friendly, the craze for solar lights has shot through the roof. Today, you can easily find multiple indoor and outdoor lighting systems running on the sun’s